To share your memory on the wall of Nicholas Stephen, sign in using one of the following options:

To say that Nic was a fighter would be an understatement, as he was diagnosed with stage four lymphoblastic lymphoma in April of 2003, a disease that he overcame following remission in 2005.

Nic is remembered as being an adrenaline junkie, as his favorite place in the world was ‘the potholes,’ making it fitting that he passed away doing something that he loved and his surviving loved ones believe that although the accident was unfortunate and tragic, it’s how he would have wanted to leave his earthly body.

Nic was a wrestler at Central High School in Grand Junction, and as a teenager loved working with his father at the VanGundy junkyard, a memory so beloved to him that he spoke fondly of the experience well into his adult years.

Although he was known as quite the smart aleck, Nic was also blessed with an incredibly big heart. He is remembered as a man that would do anything for those that he cared about, as well as an exceptionally compassionate and loving father to his son as well as his ‘bonus kids.’

Nic is dearly missed by his friends, family, and loved ones, and in his passing has left fond memories of a loving and caring husband, father, son, and brother that truly lived life to the fullest
Read Less

To send flowers to the family or plant a tree in memory of Nicholas Brook Stephen, please visit our Heartfelt Sympathies Store.

We encourage you to share your most beloved memories of Nicholas here, so that the family and other loved ones can always see it. You can upload cherished photographs, or share your favorite stories, and can even comment on those shared by others.

Posted Dec 18, 2020 at 02:21pm
This never gets any easier. I try to get through this knowing how much you loved all of our children and me. Christmas is coming up and that day marks only 3 months since you have left us. It feels like an eternity. I will forever and always love you.
Love you forever. Your beloved wife ❤
Comment Share
Share via:
AN

Posted Nov 15, 2020 at 09:51pm
Your life was a blessing,
Your memories a treasure,
You are loved beyond words
And painfully missed beyond measure.
Love you forever and always,
Your momma
Comment Share
Share via:
CK

Posted Oct 22, 2020 at 11:59am
My sincerest condolences to the family and his friends. The is an error in the obituary. Randy VanGundy is NOT Nic's father. He was what Nic looked to as a father. Randy helped raise Nic and was dearly loved by Nic even with the differences they had.
May peace embrace the loss and pain in your heart's.
Comment Share
Share via:
TS

I wonder why this make's a difference that Mr VanGundy was not the real father to Nicholas. At least he did have a father figure in his life, no matter what life brings.
L

Posted Oct 20, 2020 at 01:35pm
We wish to send our deepest condolences to Rochelle and family. We don't always know why things happen or why they do, but always remember the good memories that Nic brought in to your life's. I am so happy that this obituary was re-wrote it say's so much more positive information about Nic and the people that knew him threw life. Wonderful obituary that was wrote in his honer. God Bless you all. Leslie & Brent.
Comment Share
Share via:
AN

Yes, my son's obituary was beautifully written. Just wanted to say thank you.
I

Posted Oct 17, 2020 at 08:55pm
Remembering Nic back in the day. He was determined and he always wanted to help. He kept everyone laughing. We will always keep you alive in our heart. Missed beyond words.
Words can't express the sorrow we have. Our thought and prayers are with you in these difficult times.
Love you
Aunt Tiny 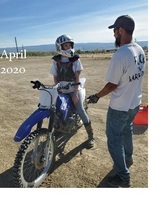